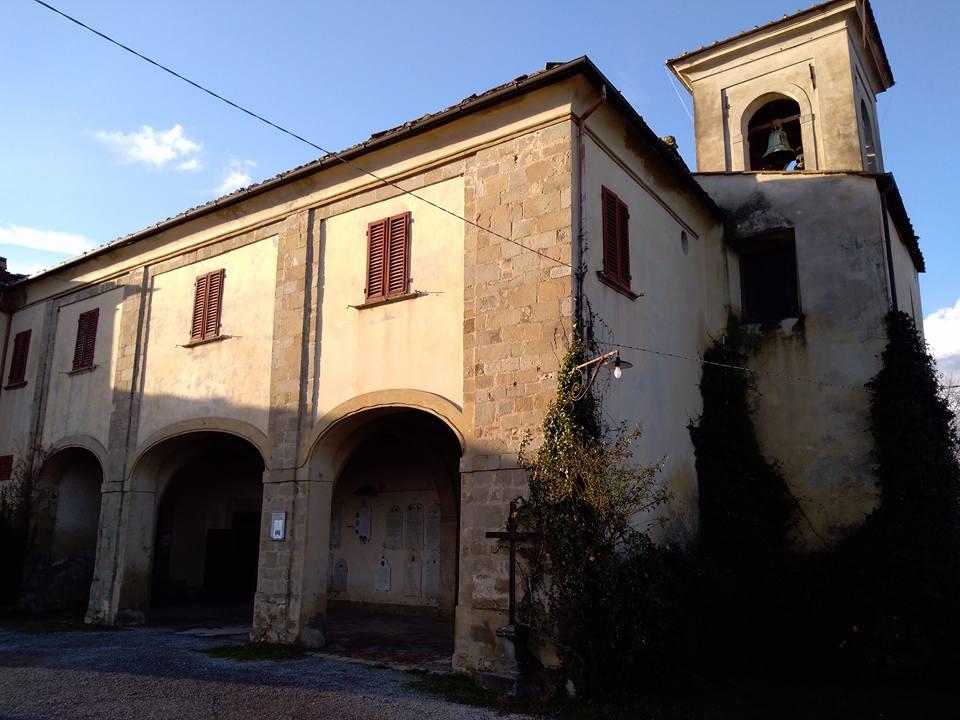 The church is on the remains of the oratory of Saint Lucy and it is dated to the XVI-XVII century.

Headstones and gravestones are on the walls of the porch according to the tradition.  Inside, there are eighteenth-century altars and paintings. The most important of these is the oil painting on the wall of the apse. It represents the Virgin who receives the crown from Jesus standing in a kneeling position in front of Him. The painting is dated to the XVIII century and it was painted by an anonymous Pistoian artist. Another eighteenth-century oil painting is under that one: it represents Saint Lucy with Saint Anthony Abbot and Saint Lewis Gonzaga. It was painted by the Pistoian artist Pietro Marchesini, named the Little Ortolan. Saint Lucy is on th clouds and she has the symbols of her martyrdom in her hands: the eyes on a hoisting, the sword and a palm.

We can also see the remains of the more ancient Saint Marcellus’ s church  near Vinacciano.