The new fortress, called Castruccio’s fortress, was built after the battles between Lucca, Firenze and Pistoia in the XIV century. Until this period, its role as a military base ensured a prominent political role, standing as it did between the opposing factions of the white and black Guelphs. After they conquered many castles on the Pistoian mountain, the forces of Moroello Malaspina from Lucca besieged Serravalle in 1302 and  occupied it three mounths later. They built a new fortress against the enemy Pistoia. There is a legend about this siege: in fact, after the victory, Moroello Malaspina wanted to punish Serravalle, but Saint Lodovico, Serravalle’ s protector, appeared on the fortress inside a bright cloud.

After many vicissitudes, Serravalle was conquered by Castruccio Castracani, who came from Lucca to fight and defeat Pistoia. He fortified the new fortress with military garrisons and the new hexagonal tower. After his death, in 1328, Florentines and Pistoians followed each other in gaining controll of the pass, until Serravalle finally came under the rule of Firenze.

Now, the siege is commemorated during the medieval festival every year and the fortress is the location for the concerts during Serravalle Rock and Serravalle Jazz festivals. 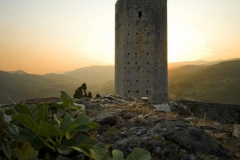 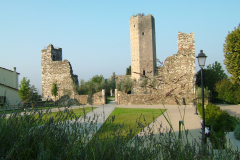 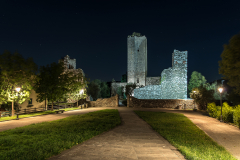 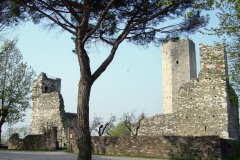