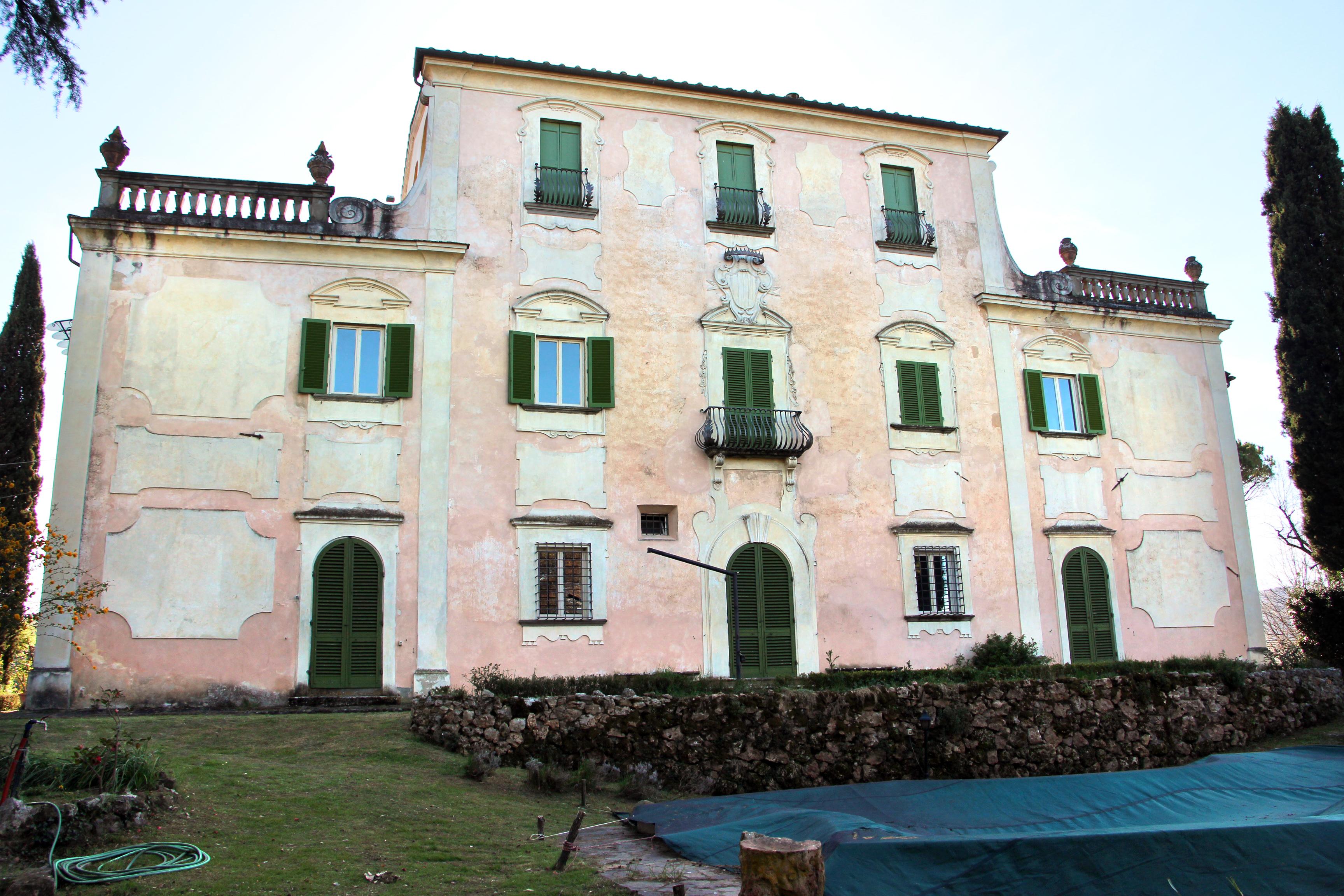 In a first time, the villa was a steading where Melani nd than de’ Rossi families  lived. It became a villa in the first half of XVIII century and it was known as ‘Castenuovo villa’. The emblem of Melani and de’ Rossi families is in the centre of the façade.

A pond from the XVIII century is opposite the façade of the villa, but there are few remains of the ancient garden. The Saint Justin’ s chapel is near the structure: it was the final step of the procession of the Rogations on the Ascension Day.